I have been increasingly frustrated by my power tanks lately, mainly in that I have to use 2-3 of them just to get a full night of imaging with my scope, ccd, filter wheel, auto guider, and dew heaters all running. This, and the largest one I have was 17Ah and after multiple moves (and consequently being drained of power for months at a time during the move) they do not like to hold a charge anymore. My solution: build a power box.

I have done a full writeup of my requirements, calculations, parts, and the build which can be found in this pdf document: http://www.eprisephoto.com/power-box-project.pdf

In short, I have made a power box with a 140Ah 12v deep cycle battery, 6 cigarette lighter-type power sockets, a 7 port USB hub, and two 120v GFCI outlets which are hooked to a 450W power inverter.

I have red lights that shine to the side and down to help with navigating around the scope without tripping over anything, a red LED voltmeter on the front panel and a Battery Tender charger built in as well.

The most difficult part of the build was planning (as is typical with projects) partly as I had not done any wiring projects in quite a while and wanted to be thorough planning out the wiring and parts to map sure it will be safe, all work, and as inexpensive as possible. I went with Anderson PowerPoles for the wiring and distribution box so I wouldn't have to do any soldering and so it would make it simpler to fuse and exchange parts as necessary. Although using these did increase my costs it made the wiring portion significantly easier and, to me, well worth the extra expense. Other than these I did a lot of shopping around and made good use of eBay and other internet sites to find parts. The battery was one of the few things I had to source locally but managed to get it delivered for free which was very nice as a 140Ah battery is quite heavy.

It took a few weeks to get all the parts in, build the box, and wire everything but it is all together and running. I learned a good bit between all of the planning stages and testing everything as I was wiring it all together but it was very fun and nice to have a home-built power box!

Feel free to download my pdf and read more in-depth about the build. 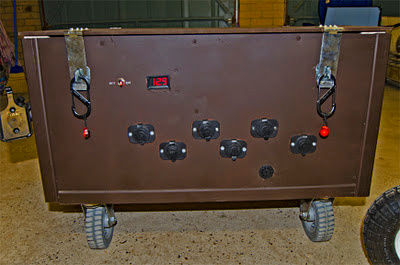 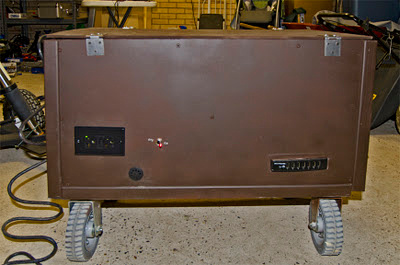 Two years and a Pelican

Two years ago I could not even tell you what someone meant if they said "narrowband image" let alone expect that I would, in a relatively short amount of time, learn enough about astrophotography that I would be undergoing a project that would take all summer and result with a total of 3 entire days worth of exposure time for one photo. I have definitely been bitten by the astrophotography bug and although I am doing so on a very limited budget, am endeavoring to make the most of what I have.

On May 20th I started what would be this image. My first full-narrowband multi-panel mosaic began with the Pelican's head of the Pelican Nebula in Hydrogen-alpha. When I started imaging that night, I did not PLAN to be doing this mosaic. I just wanted to image the Pelican Nebula. As the evening went on and the sub-exposures stacked up I began thinking: I wasn't even getting the whole Pelican in this image and with my current setup this is as wide-field as I can get using the ccd camera - why don't I do a mosaic. I went in and began doing the calculations. For the field of view I was considering it would be around 18 panels, give or take, depending on just how far I wanted to extend it. Keep in mind that to do a full-narrowband image that would mean doing this mosaic 3 times over (note: after the Ha was completed I came up with an alternate way to do the SII & OIII - more on that later). On top of this, I am currently living in England. A country not exactly known for clear skies and in the summer there are very few hours of darkness due to the high latitude. Oh well! I might as well make this an extended project and off I went. I declared my intentions on the two astronomy forums I frequent just in case I began to let the enormity of this venture get the better of me they could keep me going. As luck would have it, and much to my surprise, I ended up getting quite a string of clear nights so was able to make relatively quick work of most of the Ha layer. Then things stalled for a while, mainly due to lots and lots of rain and clouds. It took me from May until August to finish up the Ha layer, which ended up being 18 panels just as I planned (17 completed it, but one was really noisy due to bad seeing and I didn't like how it merged with those around it so I did an additional one that overlapped part of the area and the surrounding panels).

I now had to do this all over again twice more ... or did I? I realized that the way I was planning on processing this meant that I would be using the Hydrogen-Alpha layer for all the detail and just needed the color-data from the OIII & SII as I was going to do a tone-map of all 3 for the colors. I had seen on my UK forum an adapter that allowed me to connect my Nikon lenses to my Atik ccd. I began to think this might just work and would cut down months on the total time I needed. I ordered the adapter and figured up the field of view requirement to determine which lens I needed with my small-chip ccd. Turns out that my 105mm Nikon lens would be perfect. I still wasn't convinced that it would work so once the adapter came in I spent a night doing a proof-of-concept with the OIII filter. I got a nights worth of data and came in to process a bicolor image to see if my plan would work. Voila! It DID! So instead of doing the 18 panels an additional 2 times I just needed a few clear nights each for the OIII & SII and would get the whole frame in each sub.

More rain, and a full moon delayed another week, but I was able to get around 7 hrs for each channel and went to process it to see if I would require more. I have determined I do not - that what I got would work well although normally the OIII & SII colors would still be a bit noisy at this point, since I was doing a tone-map that really didn't matter. So, at my 2 year anniversary of starting astrophotography my narrowband mosaic of the North American and Pelican Nebulas is complete. I have mapped the color in a modified Hubble Palette.


As soon as they finish uploading, the image will be available on my website under the Nebula section and a Zoomable to 1:1 version so you can see more details is located HERE. Currently only the Ha channel is located on the links. I will update this once the uploads are complete. 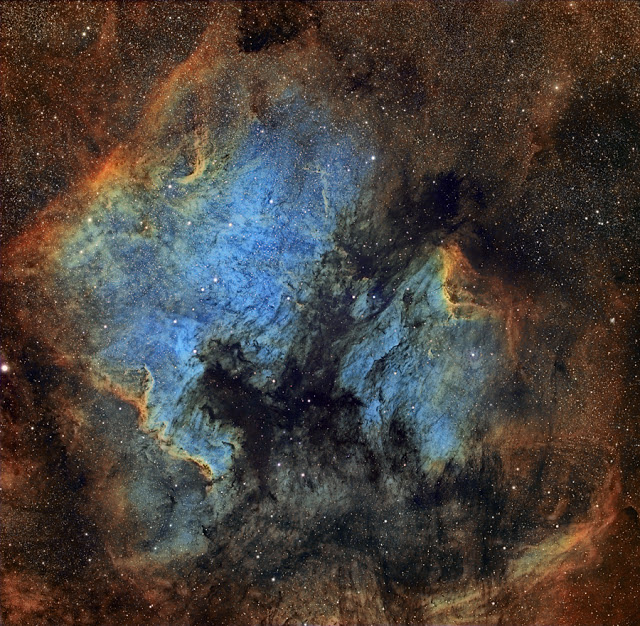 Shortlisted for Royal Astronomy Photographer of the Year 2011

On a whim and just to say I threw my name in the hat I submitted 5 photos from the past year into the Royal Astronomy Photographer of the Year competition put on by the Royal Observatory at Greenwich. I have only been doing astrophotography for a little less than 3 years now so to my shock and delight I received an email a few weeks ago saying that 3 of my images had been short-listed! I am beyond excited just to have even been shortlisted and on top of that got an invite to the awards ceremony and exhibition opening on September 8th at the Royal Observatory.

I am going to have a great time at the exhibition and meet fellow astrophotographers and I am honored to have even been shortlisted. Now I get to anxiously wait until September 8th!

Here are 2 of the 3 images I had shortlisted: 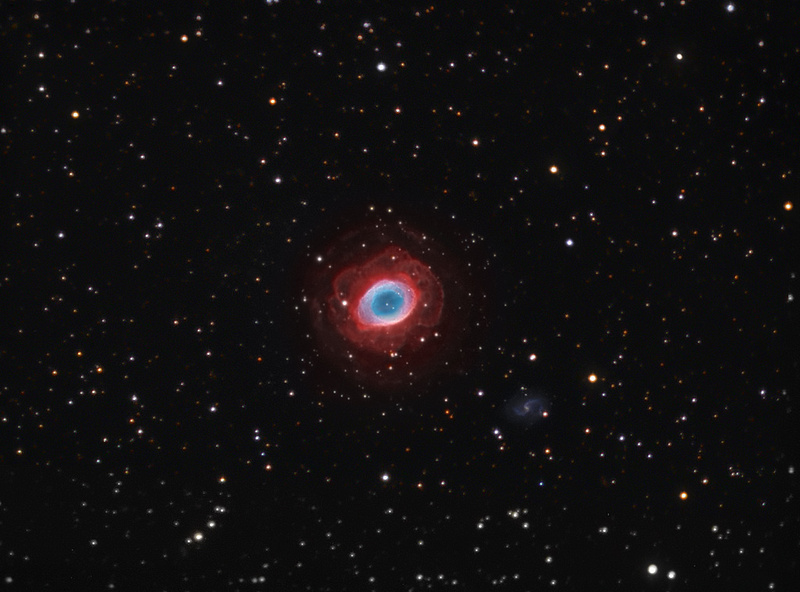 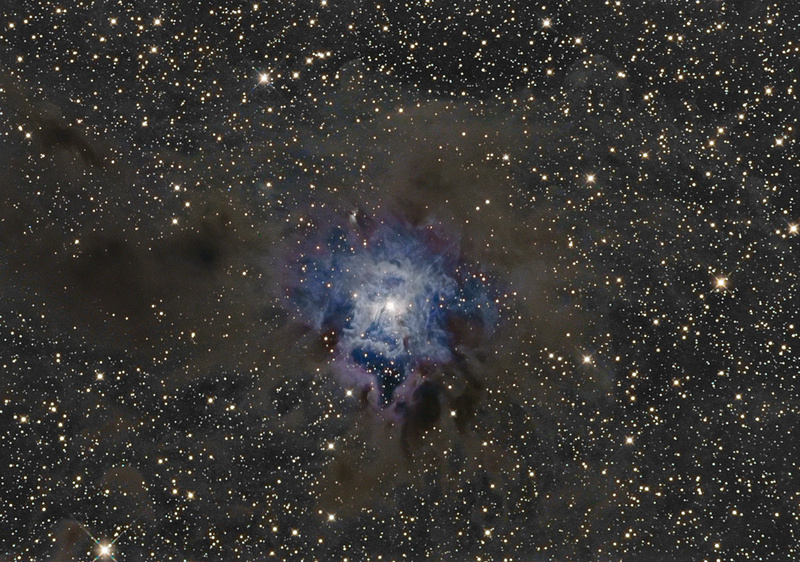 I have been continuing work on my narrowband mosaic project. I first started imaging on this project on May 21, 2011. In the early morning hours of August 7 I finally got 1/3 of the way through by finishing the Ha portion of the mosaic. I still have a ways to go to colorize the image with SII & OIII, but I am very happy with the Ha and looking forward to the final result.

I have been continuing to update the zoomable version located at http://mosaicproject.eprisephoto.com
Very large, high-res prints are now available on my website as well at: http://www.eprisephoto.com 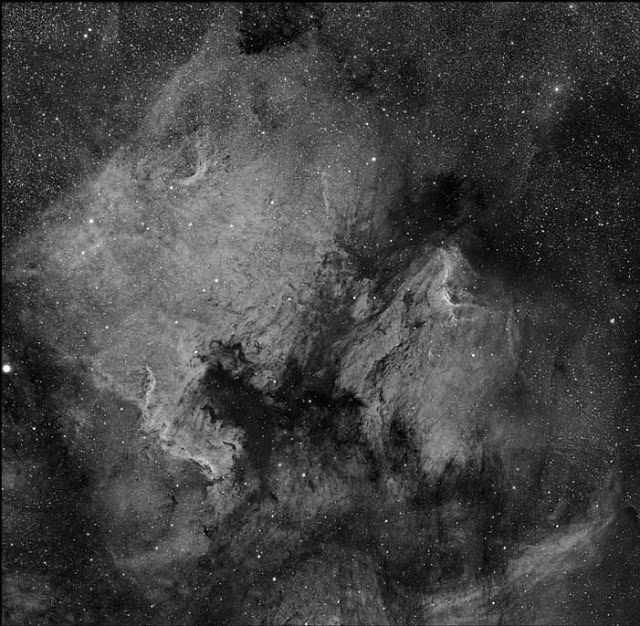 When the dream is reality

A week ago I stood on the shore of the Turning Basin at Kennedy Space Center's launch Press Site and watched a Space Shuttle hurtle four Americans into space for the last time. NASA, as the Robert Brockway from Cracked so eloquently put it, had "strapped human beings to an explosion and tried to stab through the sky with fire and math" for the last time in the foreseeable future. Fourteen years ago I got to see Atlantis lift off, turning night into day, and solidifying my life-long and enduring love for space. It is a memory I have held ever since and will never forget. Although, as the years went by I wondered just how much of that memory had been fantasticalized (yes, I believe I made that word up) in my mind and how much was how it had really happened. Did the sound wave really shake you to the core when it hit? Was the emotion of watching a launch as strong as I remembered? Did a Space Shuttle launch really dare to challenge anyone to NOT love space travel?

On July 8, 2011 I not only got to witness history, but realized that a Space Shuttle launch really WAS everything I had remembered and held on to for fourteen years. There is something about seeing a plane-like ship, strapped to rockets that you can't turn off, light up the sky even in the daytime and make its way from right in front of you to orbit around earth in just a few minutes.  As John Oliver put it on "The Daily Show", "That was objectively INCREDIBLE!"

I realize that the Space Shuttle itself is 30 years old and the design is closer to 40 years old. It needs replacing. We need something that can do more than just orbit Earth. We have made very little progress as far as space travel since we first stepped on the moon. (yes we built MIR, the Hubble telescope, & the ISS but those, while technological advances, were not space travel by humans. MIR & the ISS merely orbit the same celestial body we currently occupy) We not only have not sent humans back to the Moon since the 70s, but haven't ventured beyond Earth's orbit. Why not? Technology has advanced so significantly in the past 40 years that the lack of human exploration in our Solar System still baffles me. I am hoping that the leaning towards privatizing space travel will give Earthlings the kick we need to remedy this failing on our part.

With all that said, I will always have an eternal memory of getting to watch the Space Shuttle launch. They say a picture is worth a thousand words. Although I definitely do not have the words to do justice to the launch, I also do not think a photo (or video for that matter) does it justice. However, here are a few more of my shots of my weekend with Atlantis and STS-135. 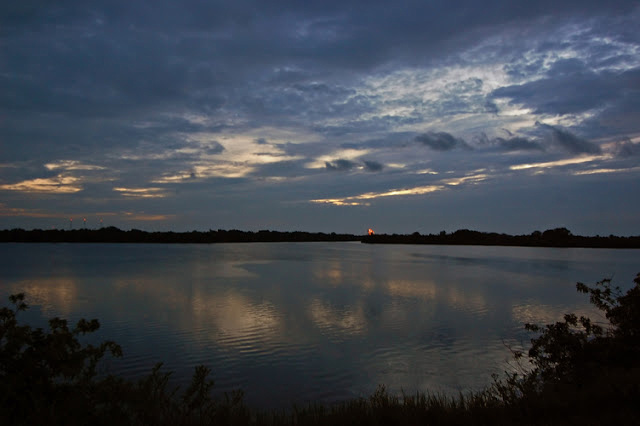 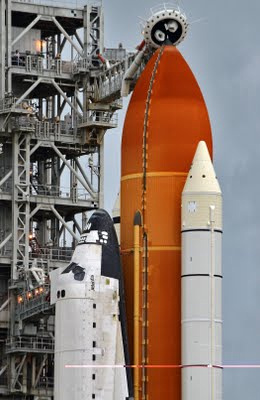 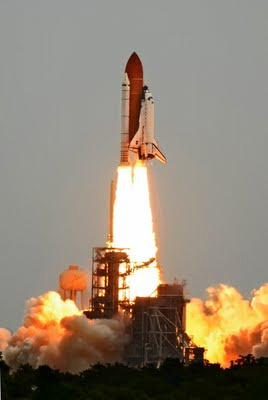 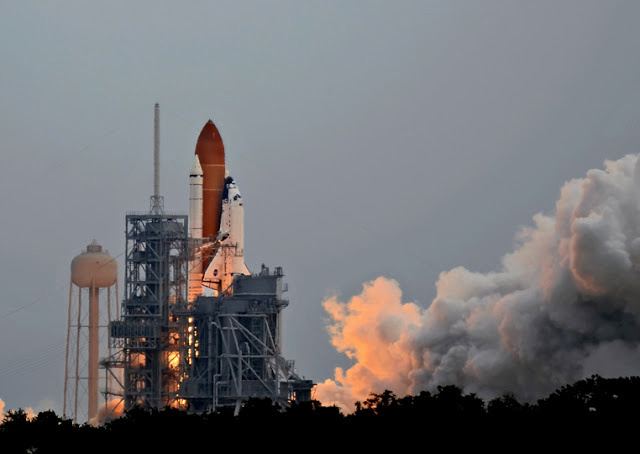 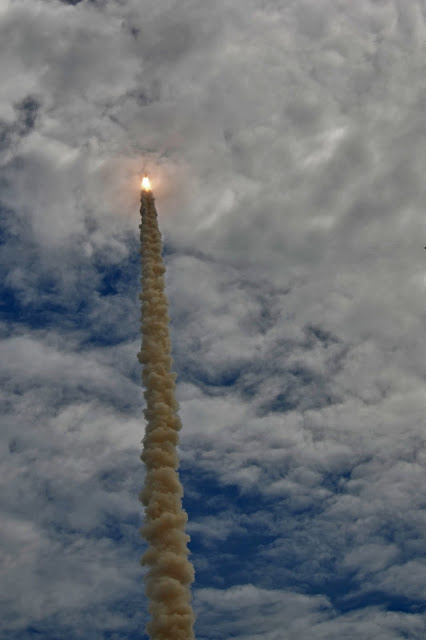 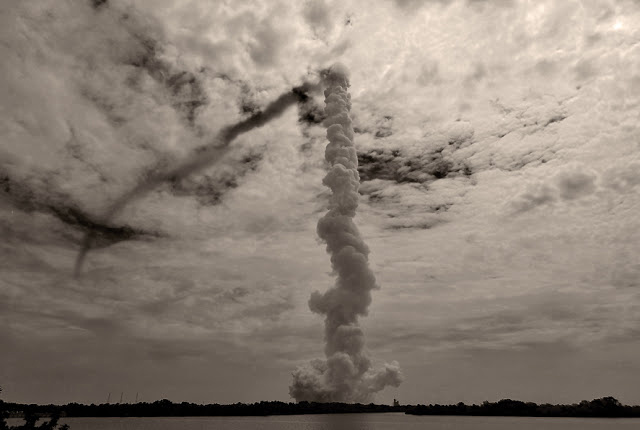